Trying to Get Into Fitness & Health

A month is already passed of 2019 and you know what that means!(what?) People have already started giving up on their new year’s resolutions…(oh…) Google claims that only 8% of people actually keep their resolutions. Which is like, the ultimate “I’m not mad just disappointed.” Well I’m happy to tell YOU that I haven’t dropped any of my resolutions. I don’t write any. My family never really did resolutions Once, my dad was like “let’s all write resolutions this year!” and we still didn’t. and then I didn’t accomplish anything. For me when I want to change something I start trying to integrate it into my life right away, rather than waiting until next week, or next year, or next LIFETIME for that fresh start.

EVERY day is a Jaiden new year! *party horn, kazoo, as well as that annoying spinny thing* Whew! As someone who doesn’t write them, and probably isn’t qualified to critique the art of new year’s resolutions I’m gonna toss my opinion that no one asked for into the ring! I think the main contributors to those 92% failing goals are they’re too unrealistic and they’re too vauge. Let’s stop beating around the bush and talk about the most common resolution people make. Losing weight, eating healthier you know- that rabbit-hole. “Lose 20 pounds by drinking this tea from a weird plant you’ve never heard of!” “Lose 10 pounds in 30 minutes or your pizzas free!” “Lose… your money” It’s all basically just: Spongebob: -ALL RIGHT! GIVE ME THE MONEY! All those quick-fix weight-loss scams that make too good to be true claims are, just people who want your money. Sure, the scale says “Hey! great job you lost seven pounds in a week!” but your body says “Yeah, but that was all just water weight, and also I don’t feel very good.” or AAyuasytdyafwtsfetwsfewdwtdrecwrthdrfewchtewscwszxechzewRTHJQqcfawsh3fawsqcehtgwdcerhnscfqHNSYTZRSEHNT2QD2DCTX NJYCV6FREUWQVF6ET,KDUHCQ If you want change you’ve got to earn it through work.

There isn’t an easy way out. making changes in your lifestyle need to be sustainable for, life. That’s why they’re called “Lifestyle Changes” Not “I’m gonna pay $200 for this diet shake, feel good for two weeks, lose 10 pounds! …start feeling bad. and give up in a month.” Changes “I’m gonna start working out more” “I’m gonna start going to the gym,” let’s be honest with ourselves here, that’s a weak excuse for a resolution “I will go on a run every other morning,” “I’ll lift weights 3 to 5 days a week.” those are much easier to follow than, “I’ll exercise more” *pSHH* get out of here with that vague crap. You don’t even know what you mean by that. And don’t be flaky and say “oh, I missed a week, oh I’m hopeless” *sad moan of grief* NOMNOMNOMNOMNOM You’re not gonna be perfect for a whole year. Take a breath, chill and keep going.

I’m saying that to myself just as much as I am to you. I’ve been trying to be more self-aware about when my brain just wants to turn one little mess-up into an excuse to stop something entirely. I’m getting better at slowly ending that habit. I grew up doing a lot of sports. Soccer, Martial Arts, Tennis, Competitive Pokémon. I know my way around the gym. But I dropped it all my last year of high school to focus on Youtube and art. I didn’t care about what I ate and combined with not moving around much I started feeling pretty crummy. So I ended up turning to what most people do when they reach a similar problem *sighs* All right, here we go. *upbeat hip-hop gym music plays* Let’s talk about home exercise videos. Why are so many of them so… fake? The weird hip-hop music and the smiles that are a bit too wide it might just be the plastic surgery, but it all makes me feel uncomfortable. I get that instructors want to make exercise seem fun and all that but, ehhhhhh it feels super condescending to me.

How the FRIG do they do entire workouts smiling and talking and making cheesy eating pizza jokes? “All right now hold that squat -ooooh feel that burn in those quads!” “I’m smiling and articulating everything perfectly and I totally know you’re panting like a dying animal over there! Don’t think about that leftover pizza in the fridge!” *giggles* -“Looking at YOU Brittany!” If you’re looking for good home exercise programs, I’m gonna recommend this blog I’ve been following for a super long time called ‘Fitness Blender.’ Woah is that the sellout alarm?!?!? is Jaiden finally selling out?? No, turn that thing off. I’ve never talked to Fitness Blender, they’re not paying me to say this, They don’t even know I exist. *groans of sadness* It’s run by this nice couple (Daniel and Kelly) they’re super down-to-earth and have a really healthy view on fitness and wellness.

You can tell they know their stuff. All their exercise videos and tips are completely free, and if you want to use one of their written programs or meal plans, they’re like 15 bucks. *GYM HIP-HOP INTENSIFIES* and they don’t have that dumb music IN THE BACKGROUND OF THE VIDEO! If you’re just starting out exercise it’s gonna hurt and/or suck for a bit If it doesn’t you aren’t gonna see changes. Well okay, don’t murder yourself. Be smart about it. But your body is gonna complain for a while and that’s good. There’s plenty of activities you can do! playing a sport with friends, walking your dog, a casual battle to the death -squats. And respect your starting point. When I first started trying to get back into working out, I was just, *gasps of exhaustion* okay, alright, got through it. TV: -“Alright, we’re done with our warm up grab a quick drink of water, and we’ll get right into the workout!” But just stick through the beginning, because that’s literally the hardest part. Raise your hand if you’re sore! AHA trick question! you can’t raise your arms. They’re jello. Don’t forget that exercise is only a quarter of the health journey.

What you eat is the biggest variable to all this life changing athlete hippy mumbo-jumbo. Eating right is like straight-up magic. You feel amazing. It’s the closest thing to drugs that isn’t drugs. There’s a difference between being thin, versus fit versus healthy kind of like Venn diagram style. Someone could be thin, but that doesn’t mean they’re at all healthy. Someone could be super swollen, buff, but eat junk 24/7. and someone could be eating super healthy but not have the body of a supermodel. There’s a healthy range of everything. I used to have a really bad relationship with eating. I’ve talked about it before. In college I developed an eating disorder and a fear of eating food. and I would go like, an entire day eating almost nothing. “No Jadien!” *Slap* “you think that eating 600 calories a day is just gonna float you to all your hopes and dreams?” *M-hmm* “Nope. it’s just gonna give you headaches… and emotional breakdowns. you can trust me- I’m from the future~~~” “ALSO learn what bitcoin is and invest everything you can into it while you still can.” I wish there was more information being taught on the dangers of eating disorders, Because if I knew about that whole mess 3 years ago, I would have been like “whoa!” okay? Nevermind.

Let’s do a 180 here This ship is wack. I’m getting out of here before it controls everything in my life.” You can’t abuse your body and expect anything good to come from it. Body: “Man I feel great! I could totally run a marathon and write an essay right now. I’m so energized and my brain is so clear!” “Thanks for feeding me LITERALLY ONE GRAPE.” You don’t go to the gas station, pour a cup of gas into your car, and then try to drive to China. Eating less than your body needs to physically survive accomplishes nothing. It might seem like it’s working in the moment but honey, you’ve got a big storm coming. Please try to end it as soon as you can. I’m not at all trying to shame anyone going through rough times with their self-image. I know it’s a really hard thing to fight against. I was pretty far gone when I was struggling. And even though I’m in a much better place now, I do still have bad days.

What helps me is trying to separate logical thoughts from the bad ones that fueled the irrational fears. They’re not here to see you succeed. They’re just the dumb brain versions of those tv and email scams where they’re like “Hey! Give me your credit card info, social security number, and mother’s maiden name and I’ll give you a million dollars!” “I won’t literally destroy your life, I’m just your friendly neighborhood Nigerian prince!” It’s all more simple than you think. Eat healthy when you can, fresh fruit, vegetables, whole foods, and it’s okay to treat yourself every once in a while.

Don’t say: “I’m never eating sugar for the rest of my life!” You’re setting yourself up for failure there. And end up pulling a James. Exercise as much as little as you’re ready for, and be mindful and respectful about how your body feels. Little changes go a long way. Remember you’re doing this for you. And don’t play that dumb hip-hop music while you work out (music intensifies) or I SWEAR TO HERCULES I’m gonna RUN someone over with an exercise bike! Hey! It’s been a while! Sorry. 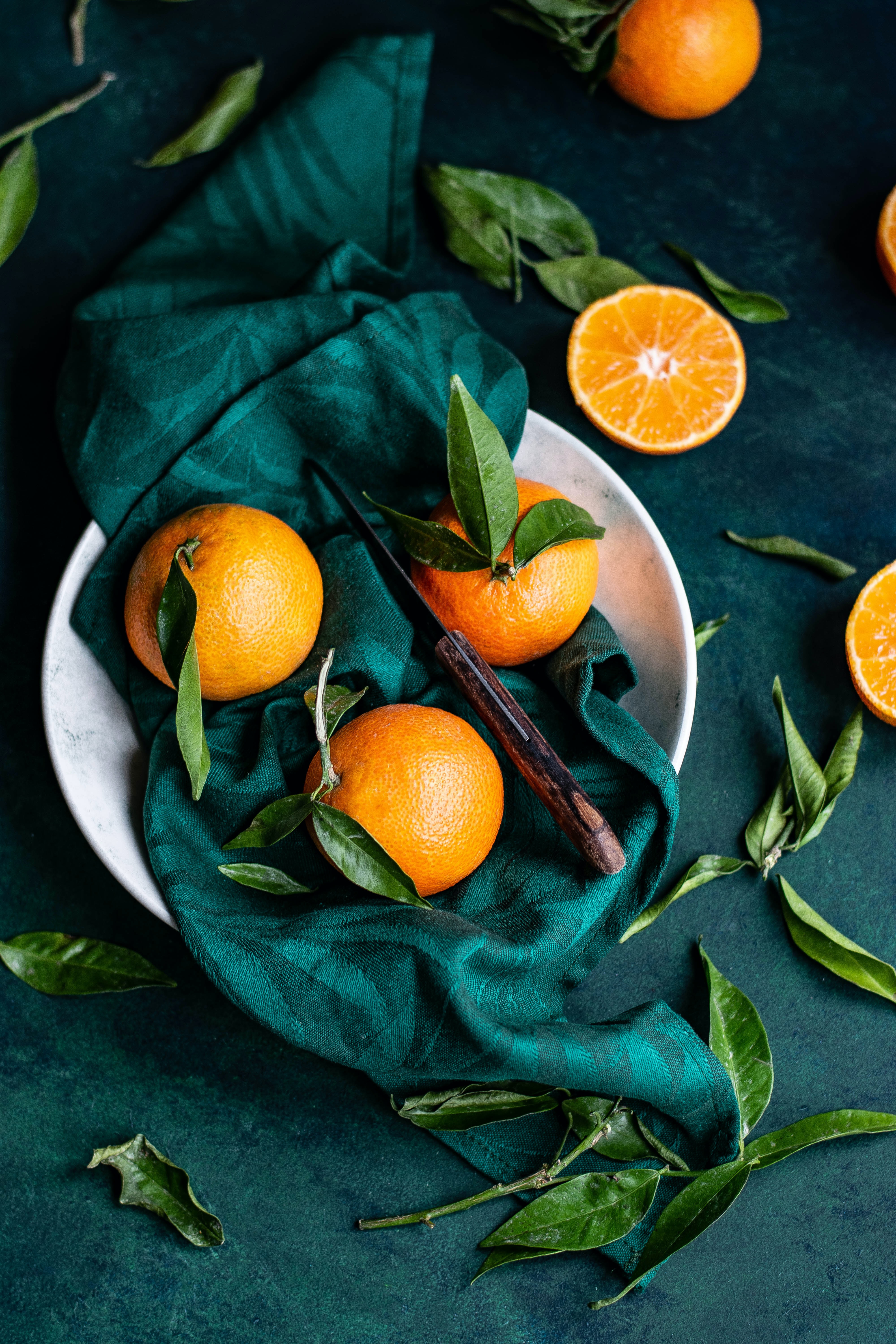